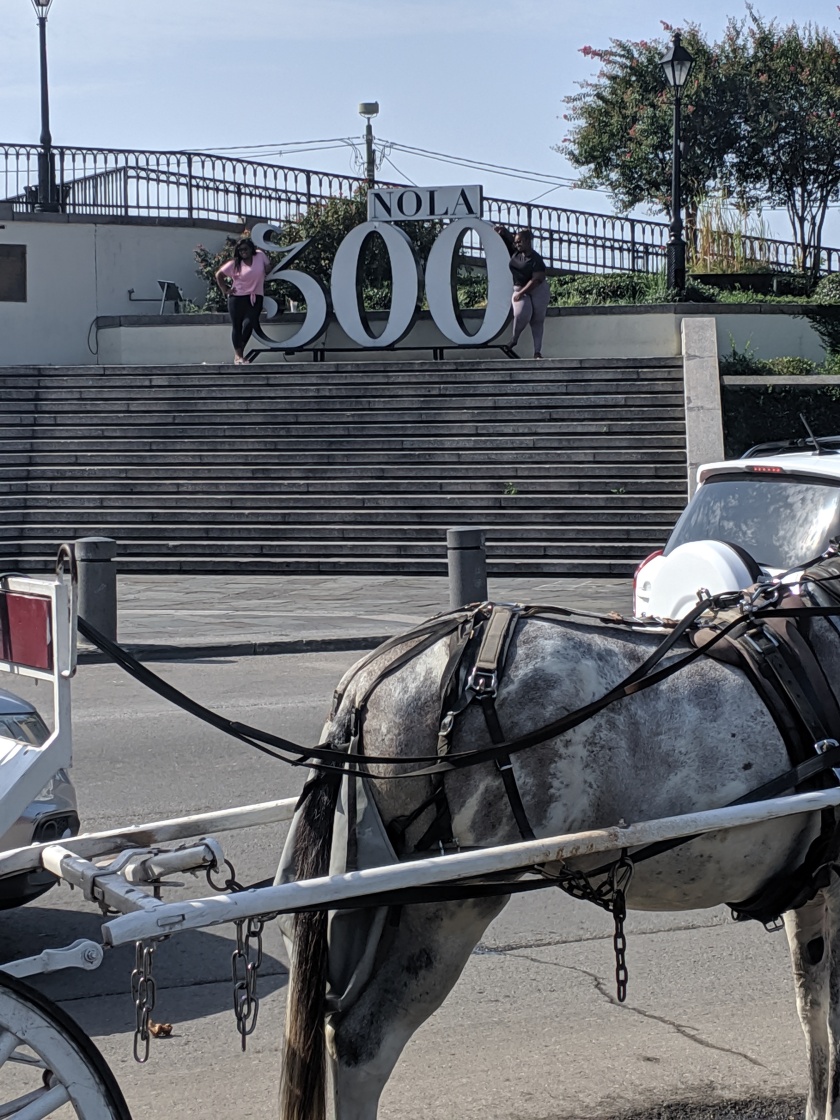 So today is my birthday and I’m hanging on to my forties for dear life.  The lady assistant in Tesco’s must have known I needed a boost as she asked me for ID when purchasing my Merlot.  I’ll take compliments where I can get em but she was clearly nuts- not even on my very best day could I pass for 18. “I’m way older than 18 I beamed” and she said”  oh yes I see that now!”  Bitch!

Anyway I decided to celebrate my birthday in style, this was going to be the very best of my forties, so where else than New Orleans baaabbbyy.  My bestie and I had talked about this trip for 24 years and on the 25th anniversary of the Essence festival, we finally made it.  If you have seen Girls Trip, you will know that the Essence Festival is high energy, and with the best will in the world, I wasn’t confident that my 40+ arse would handle the pace, but fair play to me, with regular naps and flats, I held my own.  But a girl trip it was not, rather it marked the death of a 30 year friendship.

This trip which had been in the planning for 20 odd years was great in terms of location but as flat as a pancake in terms of female camaraderie.  We had been on holiday before when our kids were young, but now they are grown and we had this new found freedom, this was our first trip with just us.  We had spent our 30s immersed in Sex and the City and looked forward to the day when we would be ladies who brunched and enjoyed life.  However, life has a way of interfering with one’s plans and the life  we planned, never happened.  Instead the friendship grew stale. It never occurred to me that friendships, like any other relationship, requires attention, and I guess we took ours for granted.  At some point we stopped doing stuff, it became the norm to stop meeting up and planning things. So when the suggestion was made for a trip to New Orleans, what was not to love about that.

I think we both assumed that we would get on just fine. We were both crazy excited about the trip, there were conversations about how many shoes we needed, how many dresses were too many and the usual girly stuff.  So who could have guessed that by day 2, we’d be having a screaming row about ….wait for it….. make-up.  Two grown arse women giving it some about make up.  Instead of getting into the festival vibe, my friend wanted to browse MAC make up, a brand sold right here on every high street in London.  I was fucking furious.

So, far from the fun and frolics depicted on Girls Trip, the remainder of the holiday was marred by surliness and a burning wish (at least on my part and probably on hers too) that I had chosen a different travel companion.   To our credit, and without any discussion, we both reached the conclusion that the best way forward, was to spend the days doing our own thing and to meet in the evenings to go to the concerts.  My question is, why would a long standing friendship crumble at this time in our lives (over make up)?

Answer? Make up had little or nothing to do with it, the friendship never had any  substance and was based on habit and duration.  So what now? Take steps to salvage and repair or move on……?

P.S thoughts and prayers to the inhabitants of NOLA- may the hurricane be avoided and all be safe.

Join 31 other followers
My Tweets